Striking A Balance between Traditional and Western Medicine 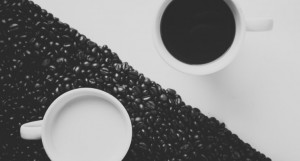 There has been much debate regarding the differences in Traditional and Western Medicine, covering areas such as their theoretical and scientific basis, the availability of evidence-based researches to validate treatment approaches, and the impact on symptoms and root causes. While both exist to help humans combat against sickness and disease and ensure the survival of civilisation, their approaches to diagnosis, treatment and cure are poles apart.

This article will discuss the differences between Chinese and Western Medicine from the perspectives of the understanding of illnesses and diseases, the diagnostic approaches and treatment methodologies.

The adoption of Traditional Chinese Medicine (TCM) and acupuncture is fast gaining popularity and has been widely touted as a possible answer to the rising medical costs faced by many economies in the 21st century. TCM stands on the shoulders of more than 5,000 years of experience and empirical evidence.  Throughout history, the Chinese people have been dependent on Chinese Medicine to cure diseases and to protect themselves against epidemics.

From the over 300 types of traditional medicines practised by different races, TCM has emerged as one that is most systematic and well documented. It includes a wide range of herbal medicines, devices, massage techniques and diets, and has been used as mainstream or alternative medical health systems in over 170 countries. The World Health Organisation (WHO) in 2003, officially endorsed 31 diseases, symptoms or conditions that can be effectively treated using acupuncture, an important form  of TCM treatment.

Before the introduction of Western Medicine to China during the early 19th century by Protestant missionaries, the only medicinal system available in China was what we know today as TCM. Official records show that it has successfully overcome many diseases and pandemics.

The origins of TCM are deeply rooted in the lives of commoners like you and me. Referencing all Chinese literatures that have survived for generations, we will discover Chinese medicine theories and applications had been widely mentioned, and this further adds to its dimensions and more importantly, its validity. We can find herbal formula and herbal diet cuisine mentioned in Chinese classics such as “A Dream of Red Mansions” (红楼梦) and “Romance of Three Kingdoms” (三国演义). For something that has survived, evolved and developed through thousands of years, it has longitudinal evidence; it is more than science; it is philosophy and is very much an integral part of the Chinese cultures around the world. 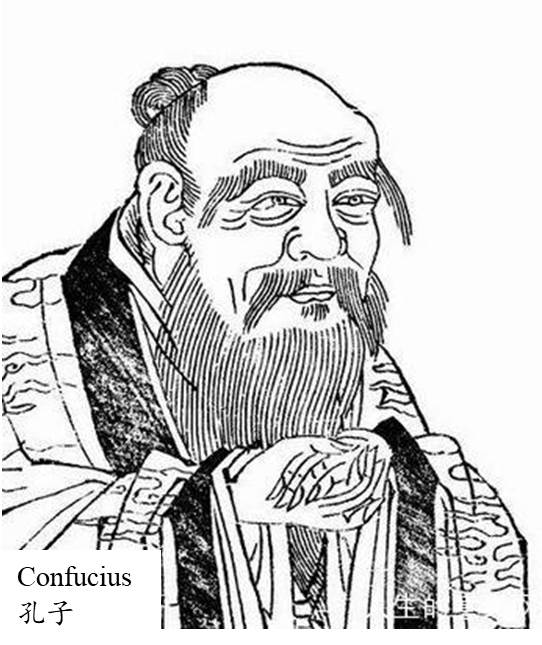 Renowned philosophers in China such as LaoZi (老子) and Confucius (孔子) are great practitioners of TCM too. Many of their thoughts on Chinese Medicine that were captured in medical literatures form an integral part of TCM theory today. The state of balance, the key concept behind TCM, is a foundation shared by Confucianism and Taoism. Here, all elements are linked and are interdependent on one another; with the concept of yin and yang (阴阳), being a key foundation underlying Taoism.

When western doctors speak of moderation, it is a testimony for the need to stay in balance. The occurrence of illnesses and diseases is the result of an imbalance or the equilibrium between the different elements becoming unstable. TCM adopts a bigger picture and more holistic approach in treating illnesses and diseases. The objective of TCM diagnosis is to discover the cause of imbalance and instability, and through TCM, attempt to bring that “patient” back to a healthy balance and equilibrium state.

From a Western Medicine point of view, the ancient practice of medicine in Greek medical systems mirrored that of TCM, acknowledging that there is art to medicine as well as science, as written in the Hippocratic Oath. However, the “art” element has been very much ignored with the discovery of biological treatments, such as antibiotics, along with developments in chemistry, genetics, and lab technology (such as X-ray, MRI etc.). This has led to what we know as modern medicine today, which is more inclined towards scientific evidence. It views the occurrence of illnesses and diseases as the result of bacteria or virus attacks or the degeneration of specific organs within the body. Western Medicine adopts a specialized approach diagnosing illnesses and diseases. It requires the identification of the specific bacteria or virus that causes the illness or the degeneration of specific organs or genetic reasons behind the occurrence of the illnesses, before prescribing the necessary medication and treatment protocol for the patient.

Western Medicine today relies on many test reports to assist doctors in diagnosing illnesses. While common ailments such as cough, cold, running nose and so on can be easily diagnosed through observation and simple survey-like questions, more complex illnesses and diseases demand lab tests and analysis in order to identify the causes behind illnesses. There are many devices and tools to assist doctors in handling such diagnoses as well as home-grade self-diagnostic versions such as thermometers, blood pressure meters and glucometers. Western doctors rely heavily on the readings taken  from such devices.

From a Chinese Medicine point of view, the human body is a holistic system that exists in harmony within an environment comprising of social and cultural systems. When an individual and its external environment are not working in harmony, functional impairments will occur with symptoms that include fatigue, numbness, pain, fever and chills. TCM practitioners use a systematic approach of collecting symptoms presented by the patient, a process known as “Syndrome Differentiation”, to draw a diagnostic conclusion of the individual’s condition and thereby prescribe appropriate treatments.

I personally have a strong believe in lab test reports including X-ray and MRI, because they are important medical observations that are very useful for making accurate diagnosis. In my clinical practice, I often request patients to show me their test reports, and at times I will recommend them to get some tests to confirm my diagnosis.

Diagnostic approaches adopted by western doctor through lab reports and medical device indicators are deemed by western doctors, their patients and other people to be scientific and evidence-base. In contrast, Diagnostic approaches employed by TCM practitioners through syndrome differentiation are not as widely accepted. Western medicine requires indicators, such as blood pressure readings and glucose levels to guide treatment options that include drugs, physiotherapy and surgery to alleviate symptoms and cure disease. Nevertheless, there will be times when information from reports and the symptoms experienced by patients differ. In such cases, treatment prescribed by their doctors cannot effectively or sufficiently help patients and they continue to suffer the ailments.

WHO (World Health Organisation) define such conditions as being in a state of Sub-health; whereby the condition of an individual is between health and disease when all necessary physical and chemical indexes test negative, but the person experiences discomfort or even pain. Western medicine is at its wits’ end when dealing with such conditions.

TCM’s syndrome differentiating diagnostic approaches are well documented by practitioners over thousands of years and are perfected through generations by legendary physicians such as Hua Tuo (华佗) and Li ShiZhen (李时珍).

The approach requires TCM practitioners to treat each patient as a unique individual and to draw diagnostic conclusions that are tailored to the patient’s syndrome manifestation during the time of consultation, while relying heavily on the practitioner’s observation skills and supported by established references and case studies. Patients with the same illness diagnosed by Western doctors will most likely have different TCM prescriptions based on the individual body’s constitution and the syndrome presented during consultation. Treatment options include herbal diet, exercise, acupuncture, medicinal herbs and at times, minor surgery.

Such an approach to treatment shows the strength of Chinese Medicine in dealing with sub-health conditions. TCM can play a complementary, if not the main role in preventing further deterioration and maintaining the health of patients who are suffering from pre-chronic or chronic illnesses. 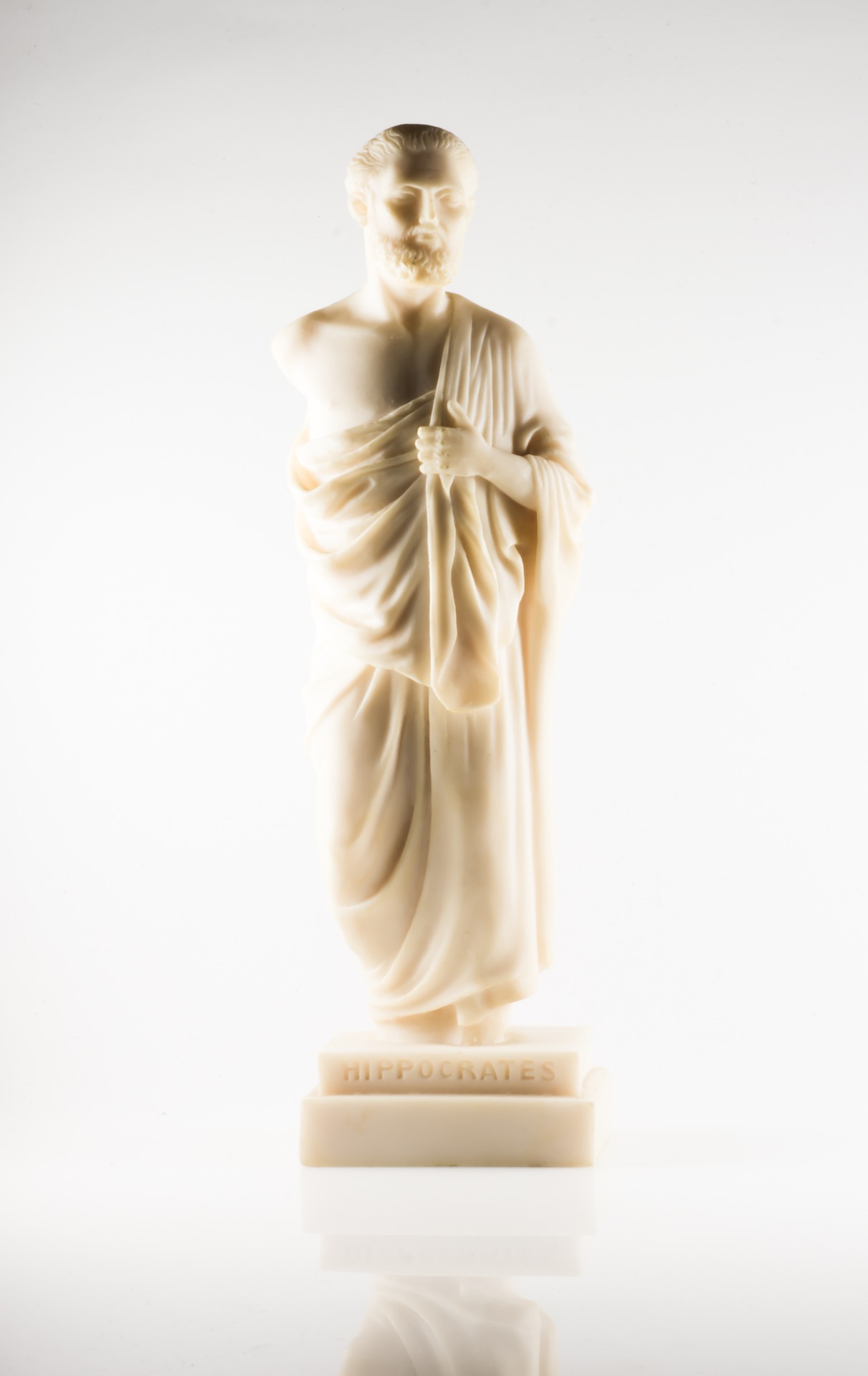 While there are differences in Chinese and Western Medicine as outlined above, both medicinal systems exist with the same objective: To cure patients of illnesses and diseases. The following extract from the Hippocratic Oath applies to both practitioners of Chinese and Western Medicine. “I will remember that I do not treat a fever chart, a cancerous growth, but a sick human being, whose illness may affect the person’s family and economic stability. My responsibility includes these related problems, if I am to care adequately for the sick.”

This article is a Chapter Extract from the Book “TCM and You” Written by Dr Clement Ng.  Available on Amazon or through this link